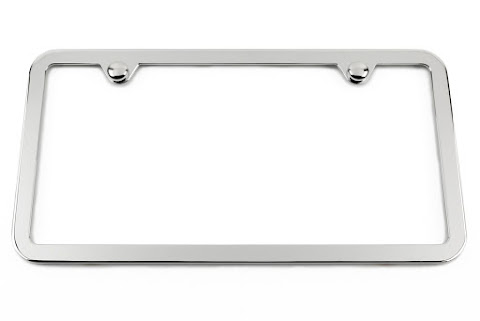 Your car becomes a full-fledged "citizen of Russian roads" only after receiving a state registration plate. It can be said to be a passport for your car. And each passport requires a decent "cover", which not only decorates, but is also responsible for the safety of state numbers. The frames for the numbers will help to complement the external tuning of the car . Also consider chrome license plate frames

·         aesthetic - the license plate is in a neat frame that prevents damage to the body paintwork;

·         protective - a transparent overlay on the frame will keep the numbers from exposure to sunlight, rain, rust, dirt and smog. The numbers will always look like new under the protective film;

·         image - frames for the numbers create a unique image of your car, they can be of various colors, supplemented with drawings, funny inscriptions and even contain the name of the owner.

There are a number of technical features of fixing license plates to a car. Ignorance of these, at first glance, trifles, threatens with an administrative fine.

After receiving the registration numbers, you must install them on your vehicle as soon as possible. Indeed, driving a car without a license plate faces a fine of five thousand rubles or deprivation of rights for up to three months. Therefore, already before going to the registration department of the traffic police, it is better to take care of purchasing a frame for the numbers and suitable fasteners. 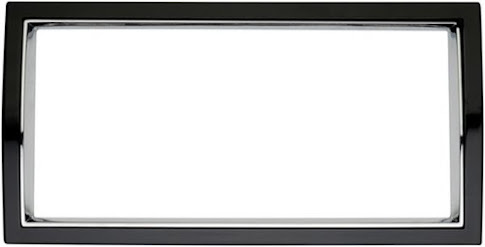 Almost all modern cars have a standard place for fixing signs. In its absence, the drivers attach the number with self-tapping screws directly to the car bumper. This must be done correctly.

According to the requirements of GOST, the front and rear license plates must be installed along the axis of symmetry of the vehicle. It is also allowed to install to the left of the axis of symmetry of the machine in the direction of travel (closer to the center of the road). If you set the numbers to the right, this may be a reason for a fine from the traffic police.

The license plate space is required to be a flat vertical rectangular surface. This will allow avoiding obstruction of the license plate by structural elements of the vehicle, contamination during operation and difficulty in reading the sign. License plates should not overlap the lighting devices and protrude beyond the side dimensions.

What to do if numbers are stolen?

Today, a new type of swindler has appeared on Russian roads - license plate thieves. Most often, the owners of "beautiful" (or, more simply, thieves) numbers, which it is a pity to part with, suffer from their criminal activities. Also in the "risk group" are car owners whose vehicles are registered in other regions or countries.

In this situation, sometimes even an anti-vandal license plate frame does not help - if the fraudsters are planning to steal the license plates from the car they have come to, the reinforced fasteners will only provoke them. If you fail to unscrew - they will pull out, as they say, "with meat." As a result, the car owner will still have to spend time and money on the restoration of signs, and possibly also pay for the reconstruction of the body disfigured by vandals.

Your car becomes a full-fledged "citizen of Russian roads" only after receiving a state registration plate. It can be said to ...